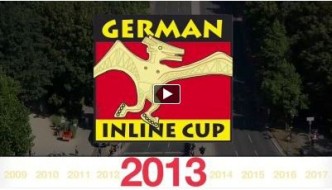 At the Vattenfall BERLIN HALF MARATHON on April 7, Germany's largest inline skating series, the GERMAN INLINE CUP, will start into its sixth season. Again the the roads in Berlin, Frankfurt, Koblenz, Geisingen and Cologne will be reserved for professional and leisure skaters, and we are looking forward to six unique events filled with excitement.

In view of the current winterly temperatures, the warming-up trailer fires you up and whets your appetite for a thrilling inline season 2013.