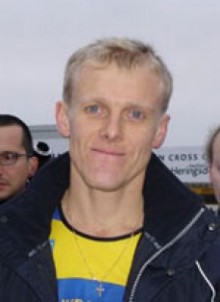 Lornah Kiplagat showed she is fully recovered from a recent asthma problem when winning the SPAR European cross Country title on Sunday in Tilburg. The Kenyan-born star who has represented the Netherlands since marrying coach Peter Langerhorst two years ago, scored a relatively easy victory. Sergiy Lebid won once again at these championships.

Kiplagat 31, just five weeks after finishing a disappointed 10th in the New York City Marathon because of her illness, won the 6500 metres race in a time of 19 minutes 55seconds. Her break for home on the final circuit saw her easilyï¿½beat Sabrina Mockenhaupt by five seconds, with Swedish newcomer Johanna Nilsson an outstanding third, just a second behind the German.

"I was eager to win in my home country," said Kiplagat, not a regularï¿½ cross country performer but sixth in the IAAF World Championships long course race last year. Kiplagat who arrived from Kenya only two days before her triumph, said: "After New York this is a very difficult discipline because you have to use a lot of power.

"I am not not used that. I really did enjoy the cheers of the crowd," who celebrated her becoming the country's first-ever EuroCross champion at any level. Russia won the team title for the first time in three years, just two points ahead of Great Britain with France clinching the bronze medals.

Sergiy Lebid who has contested every Championship race since its inception 11-years ago, raised his individual gold medal tally to a total of six with another emphatic victory. The Ukrainian was more than happy to let Alberto Garcia do all of the pacemaking before destroying the Spaniard, just as Kiplagat did in her race, on the final lap.

Lebid clocking 27:09, won his fifth consecutive title in the 9400 metres race by 12 seconds ahead of Garcia with Driss Maazouzi finishing third in 27:26. The bronze medallist led France to its third consecutive team title, ahead of the Ukraine and Spanish opposition.ï¿½