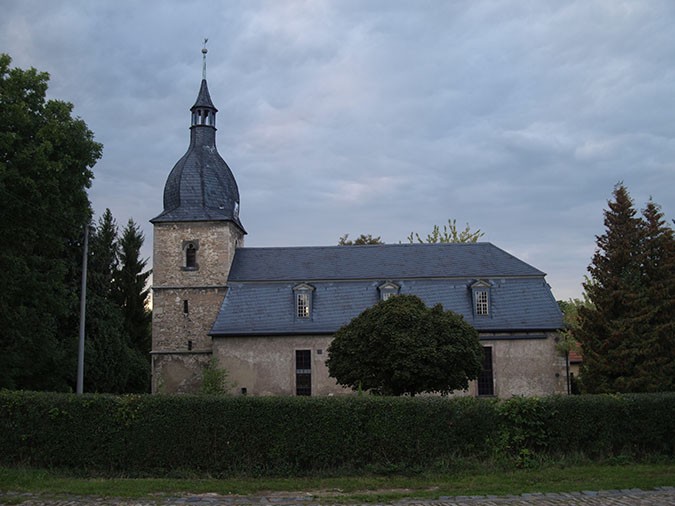 A major fire disaster in 1707 not only destroyed 40 houses, but also affected the old Niedergrunstedt church so harshly that it had to be rebuilt. Based on some of the building elements of this new building, such as Gothic tracery in the tower windows, the history of the building likely can be traced back to the 12th century. The new construction was in a Baroque style, built starting around 1726.

Lyonel Feininger painted the church in 1919. His work, titled “Church in Niedergrunstedt,” now hangs in the Berlin Neue Nationalgalerie as a permanent loan to the state of Berlin.

Art and music; Offer Paint your own design of the church. You'll get your picture after the race if you put your bib number on the painting. You'll can pick it up at the info counter in the finish area.The club "Hofatelier" will support you. Livemusic from Surfsubbotnik. The church is open.