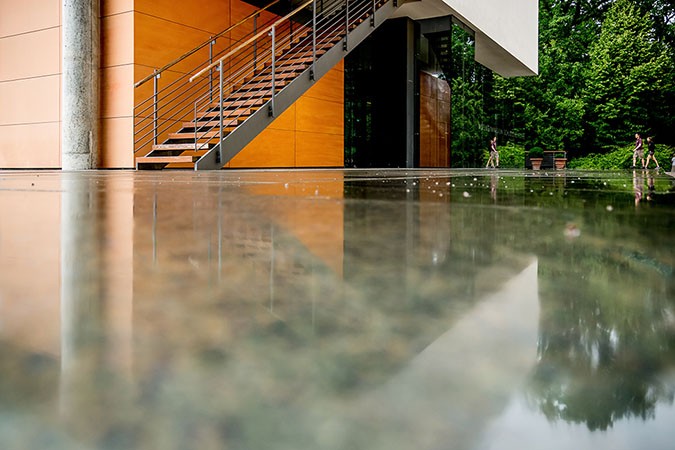 Under the motto “Preserve the Old - Create the New”, the award-winning new music gymnasium was designed by Cologne architects Thomas van den Valentyn and Seyed Mohammad Oreyzi and built at the edge of the Rococo palace grounds in 1996. Flooded with natural light, the “Hause in the Park,” with its classrooms and a concert hall reminiscent of ancient stadiums, considers itself a tribute to the “White Modernism”of Bauhaus founded in Weimar in 1919, and in particular to the ideas and ideals of Le Corbusier.

Different ensembles play live. The gymasium will be open for the interested public.