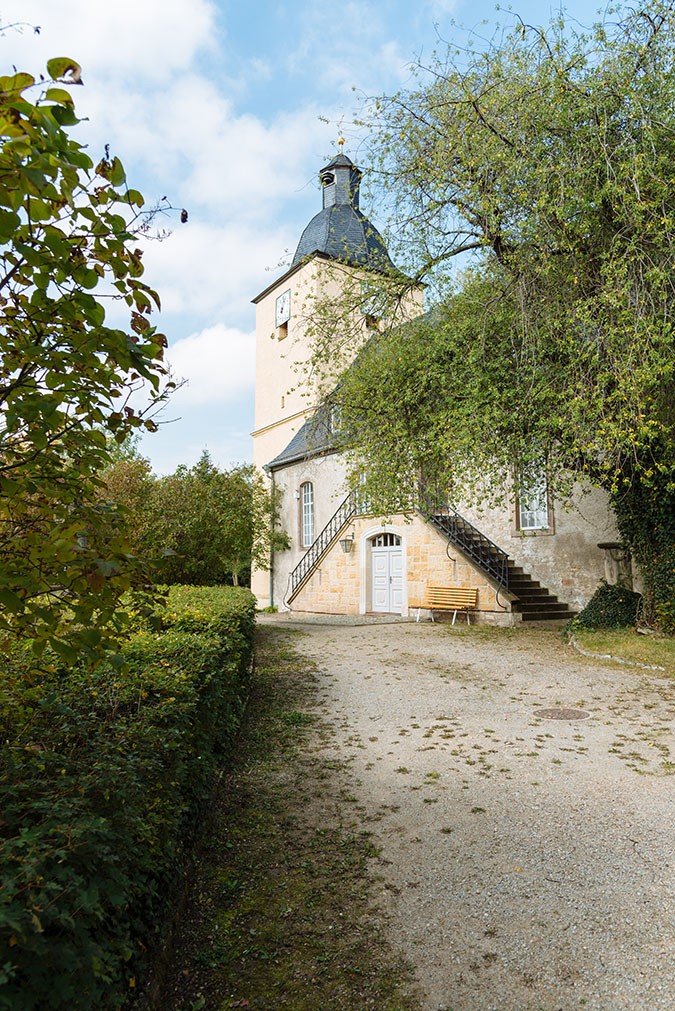 The earliest church document, which mentions a pastor in Mellingen, dates back to 1282. At that time there were two churches in the village: St. Michael’s on the left side of the Ilm, first mentioned in 1299, and St. George’s, which was first recorded in the year 1333. This church stood on the site of today's St. George church. With the introduction of the Reformation, the two parishes were merged under Melanchthon through church visitations. Remains of the tower and the post-Reformation dilapidated walls of St. Michael’s Church were visible until 1843. St. George’s Church suffered severe damage during the Thirty Years' War. The roof was completely destroyed. The community initially began repairing it in 1667, but then in the following years redesigned the church completely.

It was also painted several times by Lyonel Feininger.