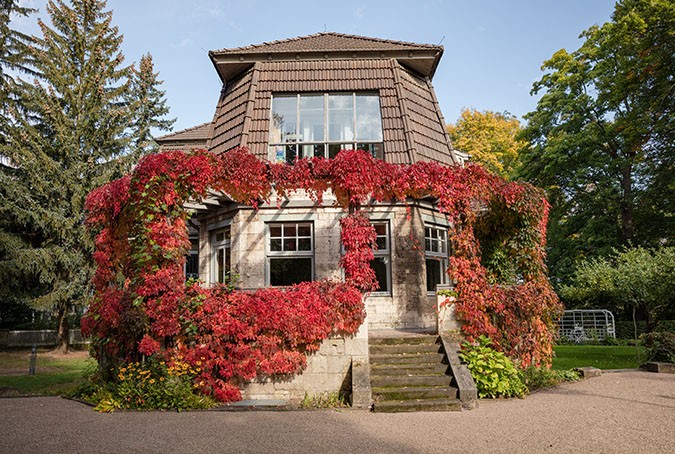 The House "Hohe Pappeln" was the private residence of the Belgian architect and designer Henry van de Velde (1863-1957), who came to Weimar in 1902 as the artistic counsellor to Grand Duke Wilhelm Ernst. Van de Velde had the house built in 1907/08 according to his own plans, and lived there with his wife Maria and their five children until 1917.

Van de Velde deliberately dispensed with ornamental embellishments, focusing instead on the aesthetics of modern industry, and designed the Haus Hohe Pappeln in keeping with principles of practicality.

At 10,11 and noon: MARATÖNE- Music and sound experiments with Ensemble MIET+ des Via nova zeit­genössische Musik in Thüringen e. V.