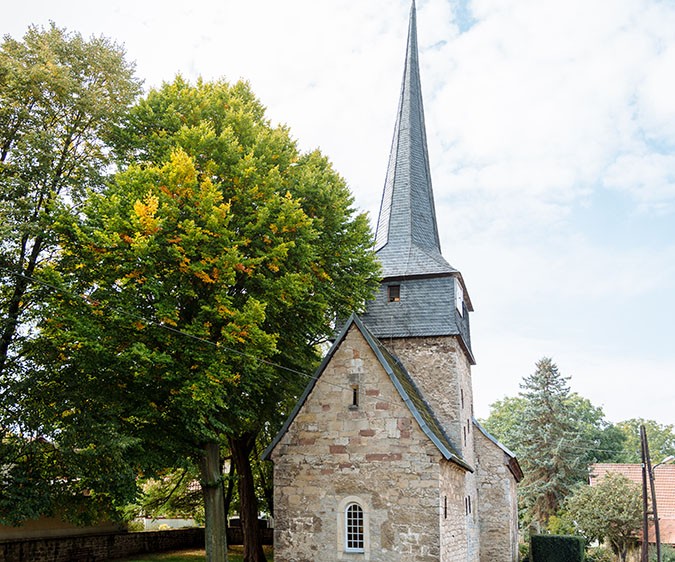 At the beginning of the 13th century, the oldest parts of the “choir tower” church were built in Gelmeroda, and a few years later the choir was extended to the east, where remains of a medieval Fresco-Secco from this period can still be found today. The nave was built in the 14th and 15th centuries, and  later rebuilt several times. It is still disputed today which time period can claim the origin of the distinctive spire. It may have been built in the 16th century upon the walls of the choir tower. Its shape inspired Lyonel Feininger (1871 - 1956) to draw and paint the church again and again, thereby making it famous around the world.